Lighting up the flood-hit hilly villages

Along with the loss of life and property, public infrastructure was also destroyed in the floods and landslides

Idukki district in Kerala was badly-hit in the floods. Along with the loss of life and property, public infrastructure was also destroyed in the floods and landslides in this hilly region. Street lights, for example, were destroyed in many of the villages. As electric lines were broken many of them remained functionless.
ESAF in partnership with Philip Lights implemented Street Light projects in 10 villages in flood-affected Idukki district. These solar-powered lights came as a major relief for the people here as they ensure uninterrupted light even when there is a power failure. Being a disaster-prone region, lack of proper lighting is a major hindrance in the face of rescue operations. With the installation of the street lights, the residents of these villages have a lot less worry on their minds. The community provided an overwhelming response to the streetlight project. Some of the major benefits the communities highlighted are:
Safe commute to homes after work
Shops could remain open after sunset. This helped revive the local economy
Check on untoward incidents. No cases of eve-teasing, theft or robbery
Protected farmlands close to the roadside from animal attacks
People can travel in emergency situations without much trouble
Thanks to solar-powered lights, now no worry of dangers during power cuts 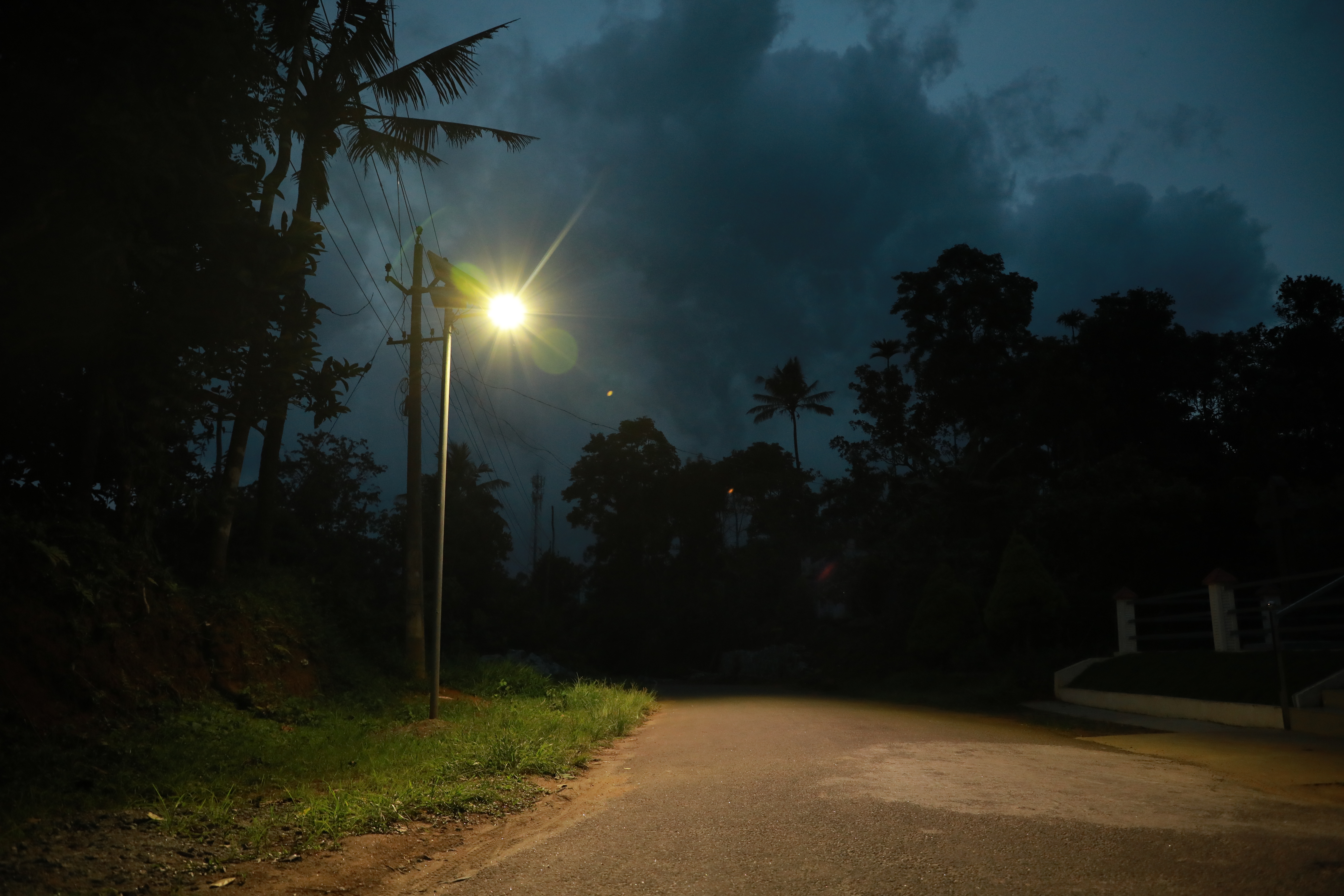 Annakutty, Kuthirakallu, Mariyapuram, Kerala
For Annakutty, the street lights provided protection to her livelihood. “During nights, wild animals come and destroy my crops. After the streetlights were installed, the attacks from animals are less. It was really heartbreaking to see my hard work destroyed by the animals during the night,” said 75-year-old Annakutty, whose farmlands were destroyed in the flood. Her farmland is on the roadside where the streetlight is installed. “As it is solar-powered, I don’t have to worry when the power goes,” she said. “The streetlight also helps about 100 families who stay uphill. It gives sufficient light when they have to walk downhill,” she said.

Benny, Narakakaanam, Kerala
The streetlight here is installed close to Benny’s shop, near the junction. It is a place where local residents usually gather together. “The streetlight has helped my business to pick up. Our livelihood options were badly hit during the flood. Now, I can keep my shop open late as people can visit because of the streetlights. As it is solar-powered, there is no fear of power failure during the rainy season,” he said. 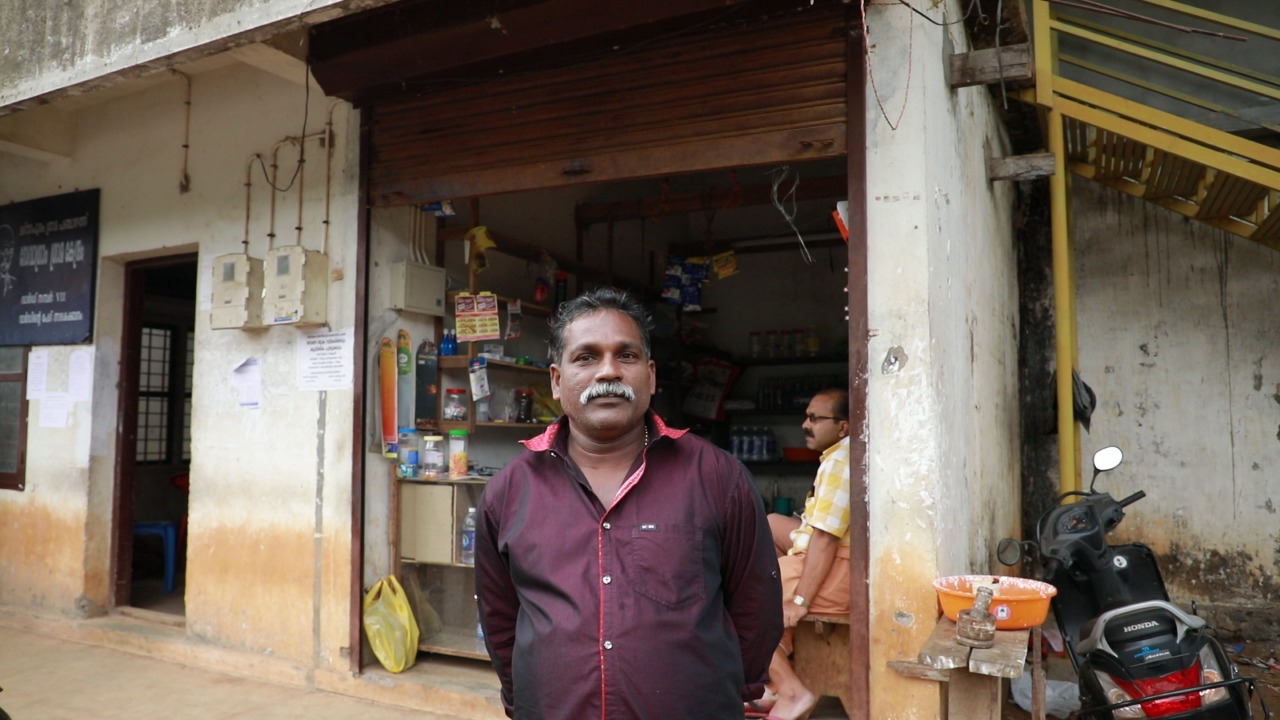