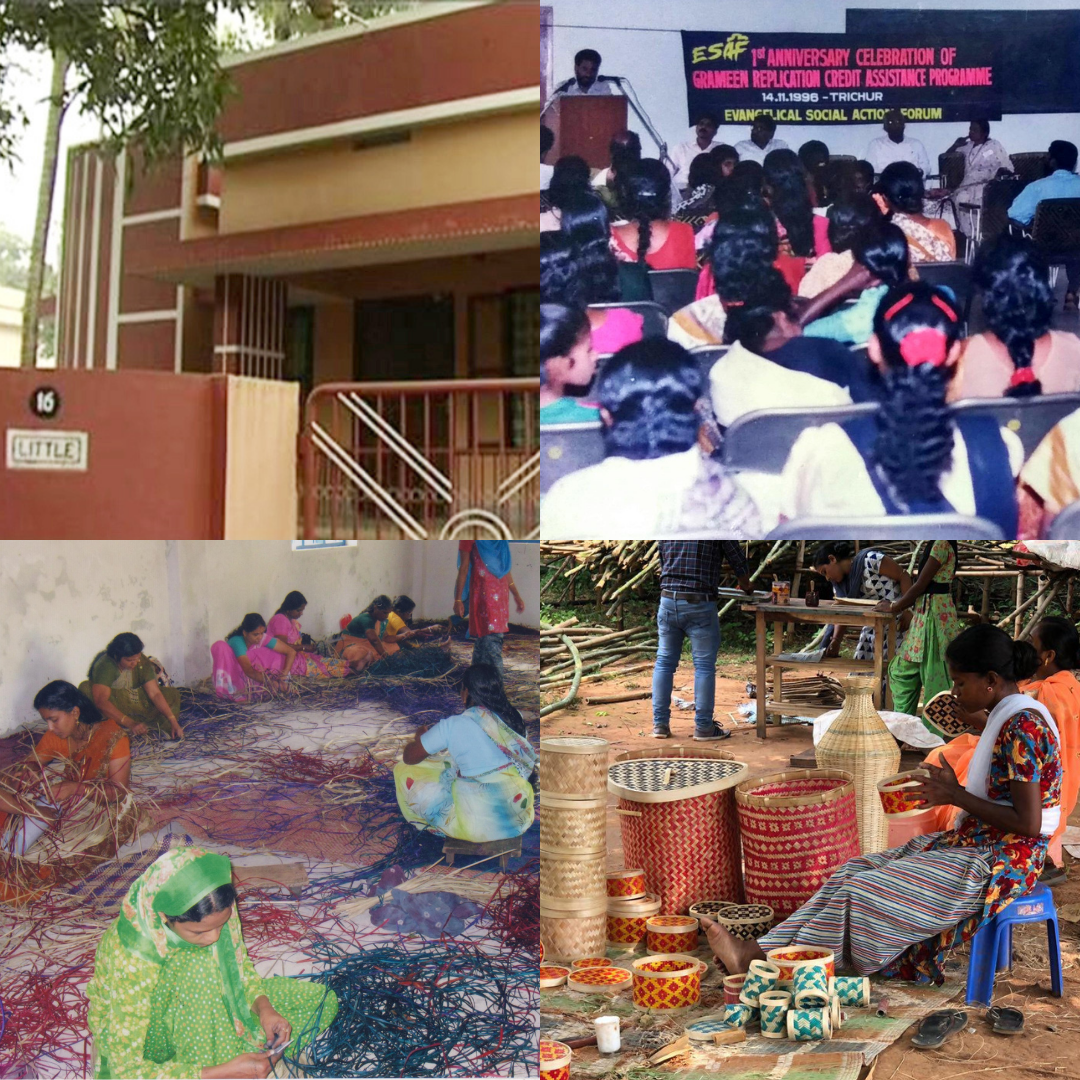 The story of ESAF is akin to the growth of a mustard seed. A humble beginning that flourishes to be impactful and providing shelter to many. The seeds were sown in the early 1990s. Burning issues of the day like unemployment of the educated youth and abject poverty in the rural households stirred Mr Paul Thomas, his wife Mrs Mereena Paul, and Dr Jacob Samuel - who were members of the Kerala Evangelical Graduates’ Fellowship (EGF) - to think radically about the relevance of their faith in addressing the social issues around them. Based on the conviction that the command of Jesus Christ, “Love your neighbour as yourself’’ has a social dimension, they brainstormed for several months on how to translate their conviction into action. Their mustard seed-like faith put into action resulted in the formation of the Evangelical Social Action Forum (ESAF) in 1992 to serve the poor and the marginalised and create opportunities for their holistic development.

ESAF's humble beginning is best captured from the house where it started its operations ‘Little’ - the rented house of Mr Paul Thomas and family. ESAF started its operations by organising neighbourhood women self-help groups (SHGs) as early as 1994, and other community-led development activities in Kerala's Thrissur district. The commitment towards the poor and underprivileged made ESAF expand its operations to several remote districts of Maharashtra, Jharkhand, Chhattisgarh, and Tamil Nadu in the initial years itself.

Career guidance for youths, providing micro-credit and micro-enterprise promotions to SHGs, community-based health interventions including mental health, counselling, home-based care and livelihood interventions for people living with HIV /AIDS, disaster response, etc., were some of ESAF's earlier areas of intervention. Over the years, ESAF has partnered with several government agencies, national and international organisations, and has received several national and international recognition. ESAF's social-business model helped start 18 social enterprises in various sectors and the mustard tree is impacting more than 3.5 million lives across 16 states in India.